(Minghui.org) An accountant in Mengyin County, Shandong Province in his 50s has been held incommunicado for a year for his faith in Falun Gong, a spiritual discipline that has been persecuted by the Chinese communist regime since 1999. 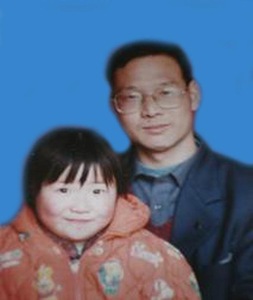 Mr. Liu Nailun’s sister said they were planning to visit their parents’ tomb together around the Mid-Autumn Festival on September 24, 2018 when she suddenly lost contact with her brother on September 7, 2018.

She and a few other family members rushed to his rental apartment, only to find the place in a mess after the police raid. They noted that his computer and some other personal belongings were gone.

Mr. Liu’s family was never informed of his arrest or detention location. With the help of a lawyer, they finally found him at Lanling County Detention Center. The guards there demanded that they pay for his living expenses, but didn’t allow them to see him.

The guards also refused to reveal who was responsible for his arrest.

Mr. Liu’s family learned from sources that he was secretly transferred to Linyi Detention Center this summer, but they never received any notification or information from the authorities in the past year about his case.

Because of refusing to give up practicing Falun Gong, Mr. Liu has been arrested and detained multiple times.

He was given three years of forced labor and imprisoned twice for a total of seven and a half years. He was beaten, force fed, and chained to a bed while serving time in the prison.

His wife divorced him and his workplace also fired him, after being pressured by authorities.